+ The General Command of the jordanian armed forces the arab army

The Supreme Commander of the Armed Forces

The Supreme Commander of the Armed Forces.

His Majesty King Abdullah II belongs to the forty-third generation of descendants of the Prophet Muhammad. His Majesty received his constitutional powers as King of the Hashemite Kingdom of Jordan on February 7, 1999, the day when his father, His Majesty King Hussein bin Talal passed away, may his soul rest in peace.

His Majesty King Abdullah II was born in Amman on January 30, 1962. His Majesty is the eldest son of His Majesty King Hussein, may his soul rest in peace, and Her Royal Highness Princess Muna Al Hussein. His Majesty received his primary education at the Islamic Scientific College in Amman in 1966, at first, then moved to St Edmund's School in Surrey, England, and then to Eaglebrook School and Deerfield Academy in the United States of America to complete his secondary education.

In the context of his training as an officer in the Jordanian Armed Forces, His Majesty joined The Sandhurst Royal Military Academy in the United Kingdom in 1980. After completing his military education there, he was designated the rank of second lieutenant in 1981.

His Majesty was subsequently appointed as commander of a reconnaissance company in the 13/18 Battalion in the Hussar Forces (The Cavalry) of the British Royal, and served with these forces in West Germany and England. In 1982, His Majesty King Abdullah II joined Oxford University for a one-year program, where he completed a course of special studies in the affairs of the Middle East.

Upon His Majesty's return to the Kingdom, he joined the Jordanian Armed Forces, with the rank of first lieutenant, and served as a platoon commander and assistant company commander in the 40th Armored Brigade. In 1985, he joined the Advanced Armor Officers Course at Fort Knox, Kentucky, in the United States of America. In 1986, His Majesty became commander of a tank company in the 91st Armored Brigade in the Jordanian Armed Forces with the rank of captain. He also served in the anti-tank helicopter wing of the Royal Jordanian Air Force. Prior to that, His Majesty was qualified as a paratrooper, skydivier, and as a combat pilot on Cobra helicopters. 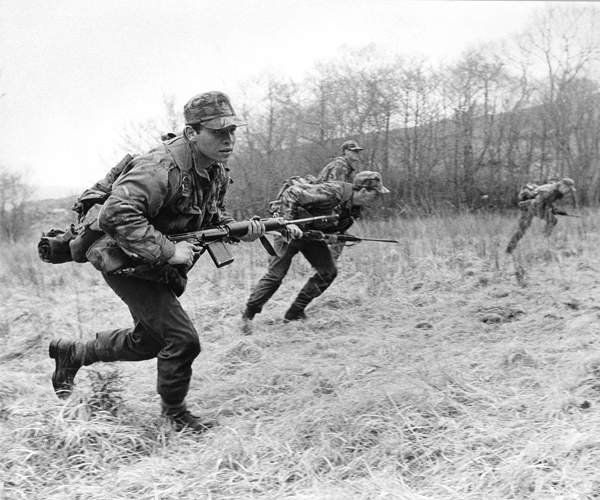 In 1987, His Majesty King Abdullah II joined the College of Foreign Service at Georgetown University in Washington, DC, as part of a fellowship program for mid-career leaders. His Majesty completed a research and advanced study program in international affairs, within the framework of the "Master's in Foreign Service Affairs" program.

His Majesty resumed his military career iupon returning to the kingdom after completing his studies. His Majesty was progressivly promoted while serving in the armed forces as he held several positions, including the commander of the Royal Jordanian Special Forces and the commander of special operations. His Majesty served as an assistant company commander in the Royal Tank Battalion/17 from January 1989 to October 1989, and from October 1989 to January 1991 in the same battalion, after which His Majesty was promoted to the rank of major. His Majesty King Abdullah II attended the Staff Course in 1990 at the British Royal Staff College in Camberby, United Kingdom. From December 1990 to 1991, His Majesty served as a representative of the Armored Corps in the Office of the Inspector General in the Jordanian Armed Forces. 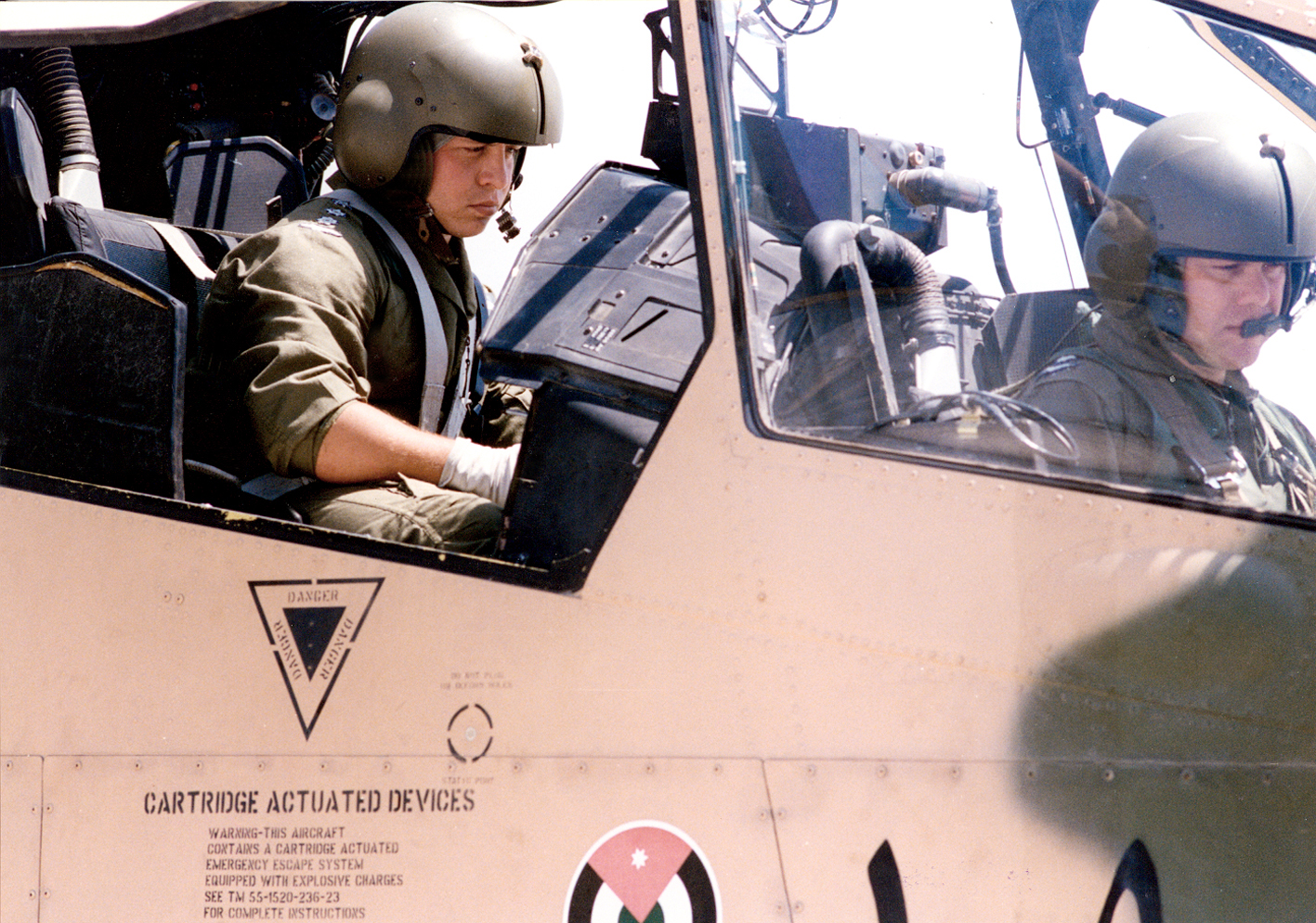 His Majesty King Abdullah II commanded the Second Royal Armored Brigade in 1992, and he became a colonel in the leadership of the 40th Armored Brigade in 1993, then became assistant to the commander of the Royal Jordanian Special Forces and then as commander in 1994 with the rank of brigadier. In 1996, His Majesty reorganized the Special Forces Operations Command to be formed from selected units to be recognized as The Special Operations Command. His Majesty was promoted to the rank of major general in 1998, and in the same year, during the months of June and July, His Majesty attended the Defense Resources Management course at the Monterey Naval School.

In addition to his military service as an officer, he has assumed the duties of Viceroy several times during the absence of His Majesty King Hussein, may God rest his soul, out of the kingdom.

A Royal Decree was issued on January 24, 1999, appointing His Majesty as Crown Prince, its worthwhile knowing that His Majesty earlier assumed the mandate of the Crown Prince by virtue of a supreme royal will issued in accordance with Article 28 of the Constitution on the day of His Majesty’s birth date on January 30, 1962, until April 1, 1965.

Since His Majesty King Abdullah II Ibn Al-Hussein ascended the throne, His majesty has been adhering to the approach of his late father, King Hussein, may his soul rest in peace, in strengthening Jordan's positive and moderate role in the Arab world, and has been working hard to finding a just, lasting and comprehensive solution to the Arab-Israeli conflict. His Majesty seeks to further institutionalize democracy and political pluralism that were established by His Majesty late King Hussein, may his soul rest in peace, and move towards achieving sustainability in economic growth and social development with the aim of achieving a better quality of life for all Jordanians. Since assuming the throne, His Majesty the King has worked to strengthen Jordan's foreign relations, and to strengthen the Kingdom's pivotal role in working for regional peace and stability. During the reign of His Majesty,  Jordan has joined the World Trade Organization and free trade agreements were signed with sixteen Arab countries, a free trade agreement with the United States of America, and an association agreement between Jordan and the European Union, which laid to a solid foundation for Jordan's integration into the global economy. 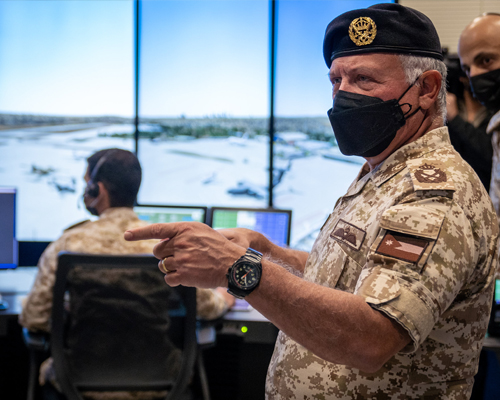 His Majesty King Abdullah II actively participated in laying the foundations for national administrative reform, also in establishing transparency and accountability in public sector. His Majesty has worked tirelessly to advance civil rights, making Jordan one of the most progressive countries in the Middle East. He also worked with set interest on enacting the necessary legislations that would secure a full and undiminished role for women in the social, economic and political life in the Kingdom. 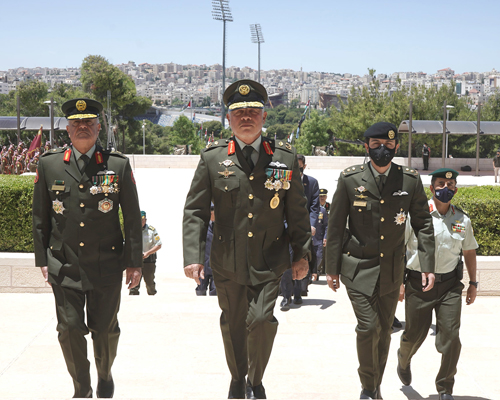 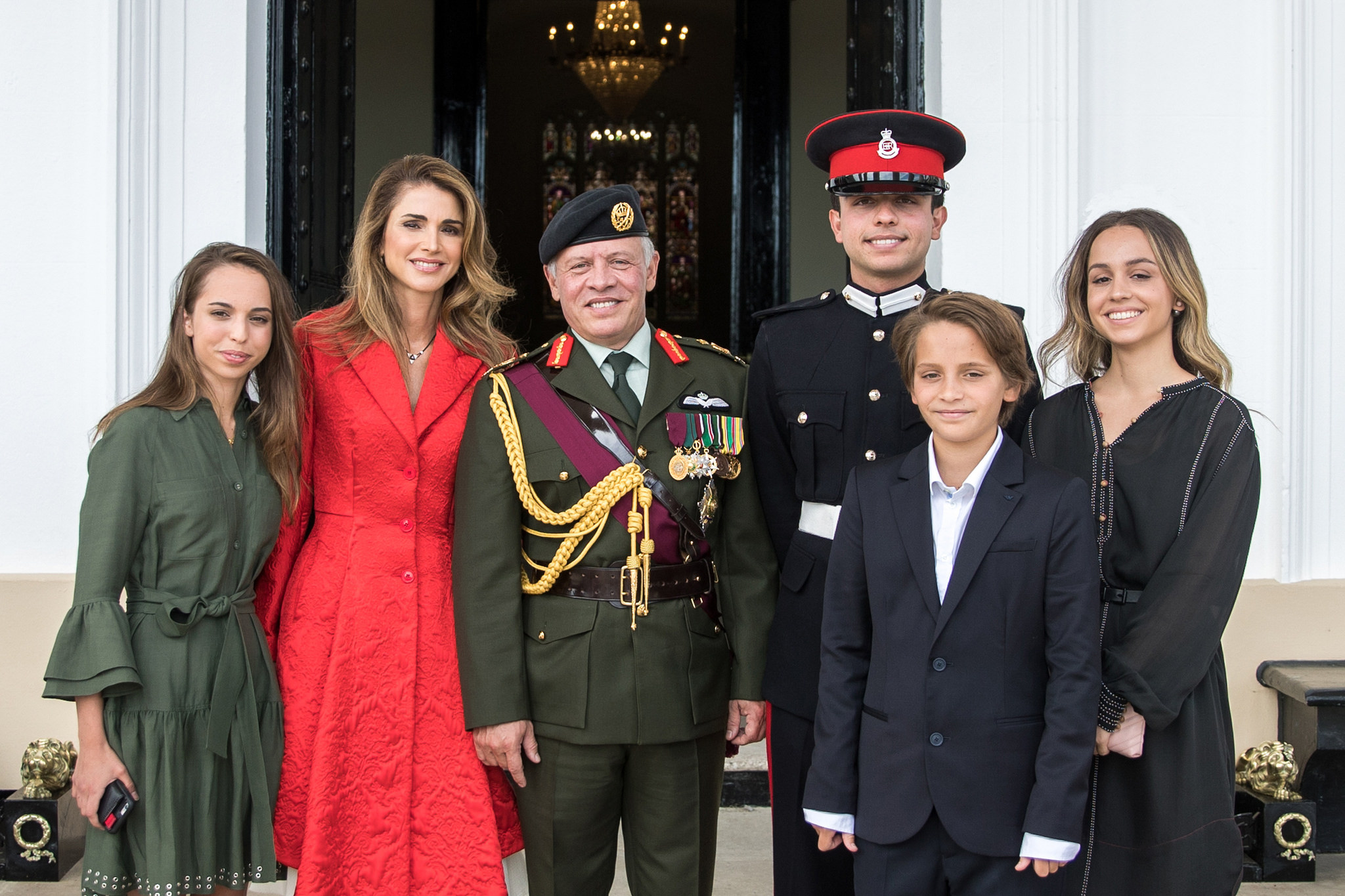 His Majesty King Abdullah II holds many decorations from Arab and foreign countries. He is a qualified frogman, pilot and a free-fall parachute. Among his hobbies are car racing (once won the National Rally Championship), water sports and diving, especially that His majesty is a trained frogman. Among His Majesty’s other hobbies is the acquisition of antique weapons.